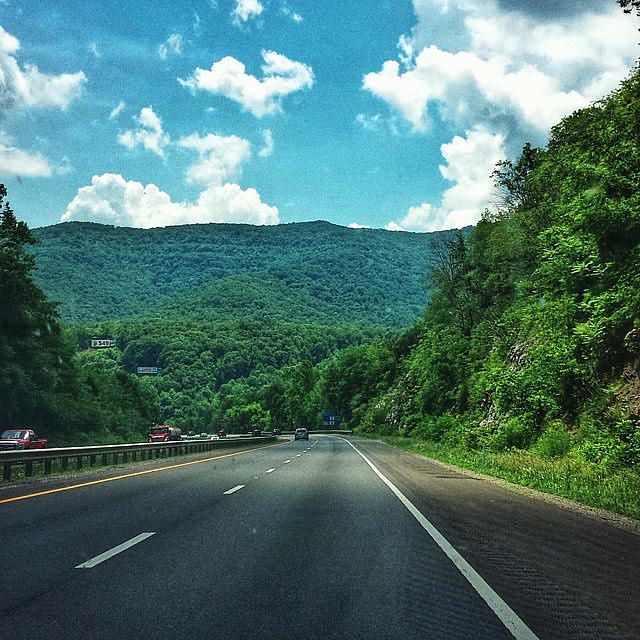 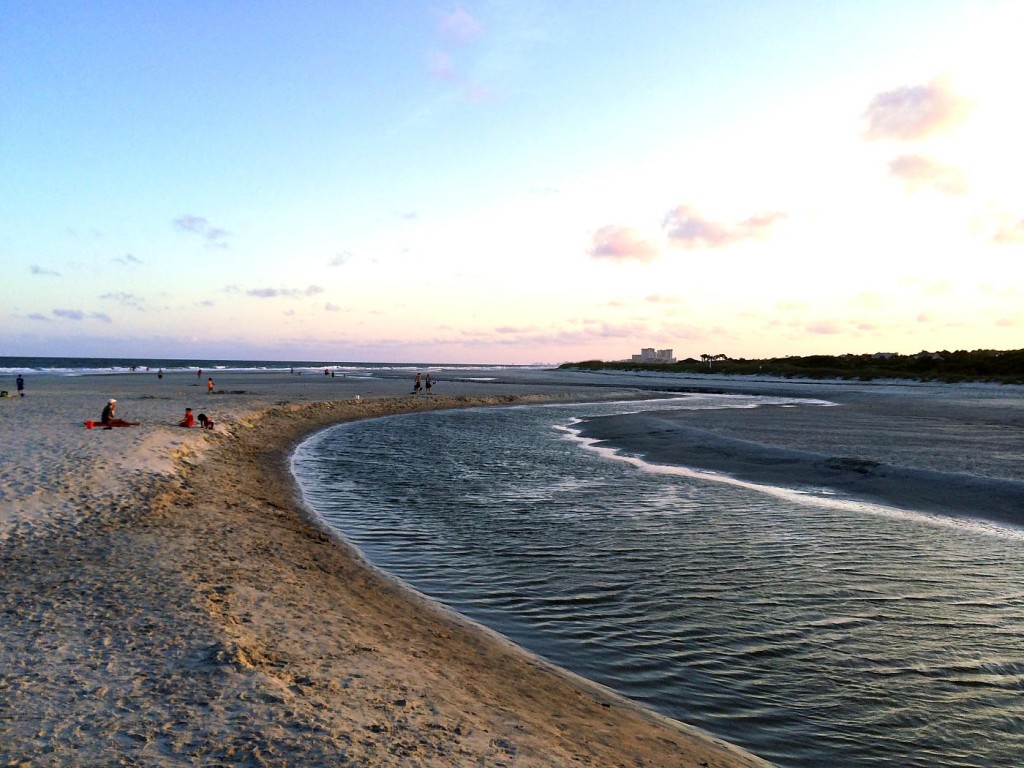 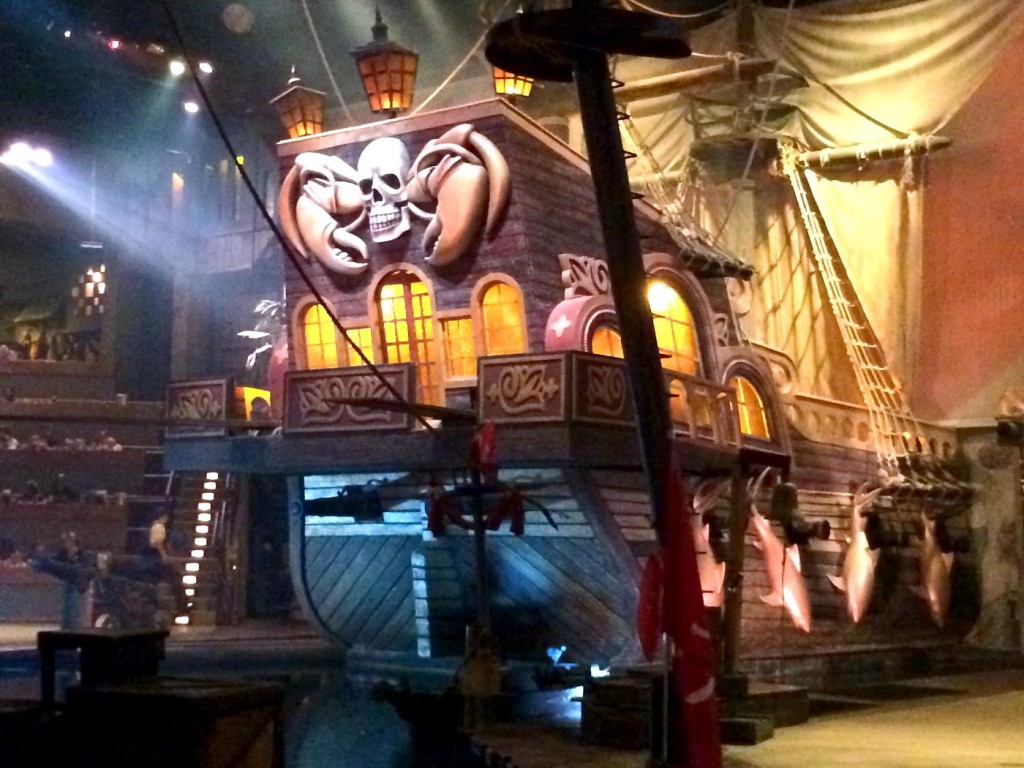 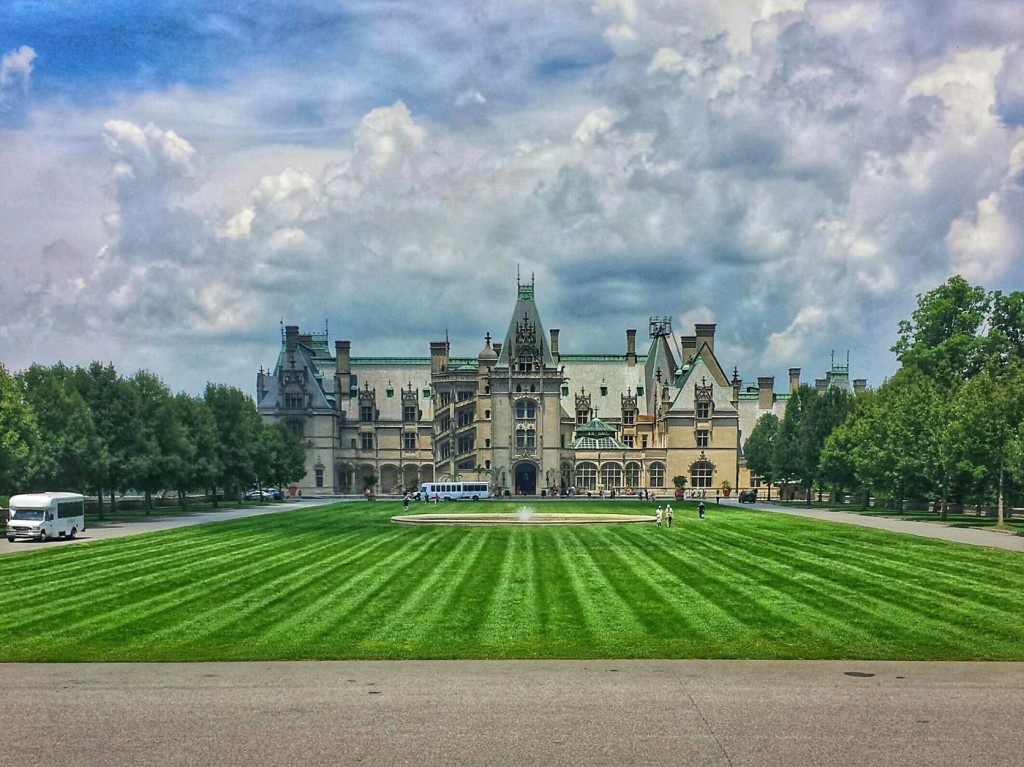 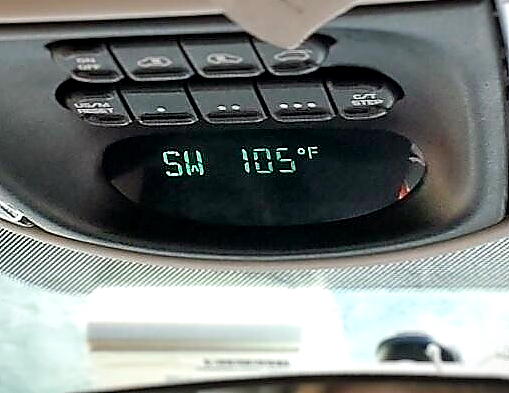 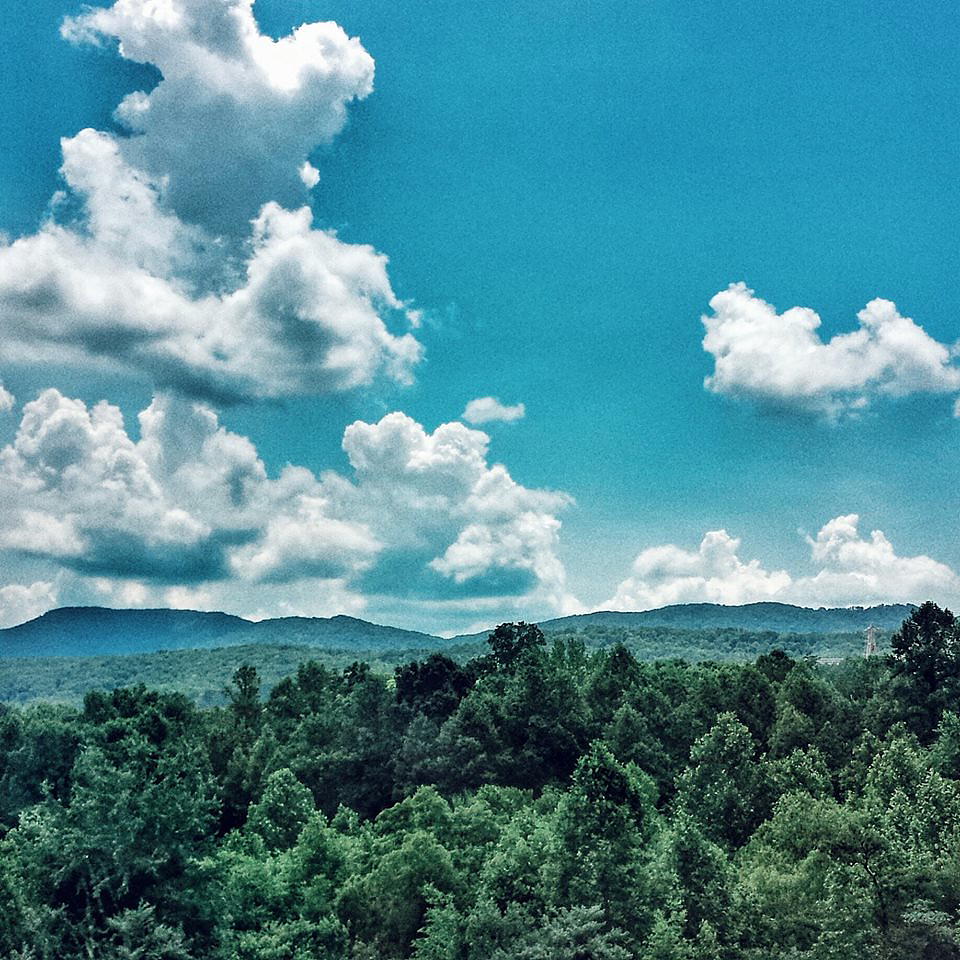 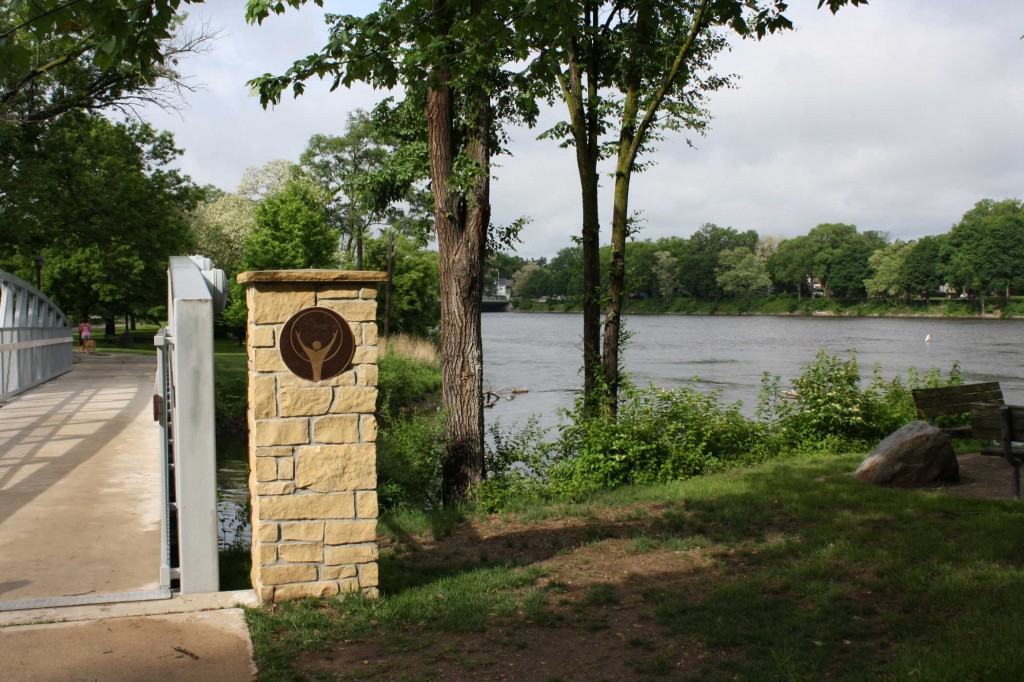 The Sinnissippi Bike Path, Along the Rock River, Facing South

The Sinnissippi Bike Path is more of a walking, jogging, running path than a biking path. Only two bikers zoomed by during the ninety minutes I was there taking pictures with my two daughters. Like most bikers, when I bike I like to take paths frequented with less foot traffic. But for those of us on our feet, the path is perfect. 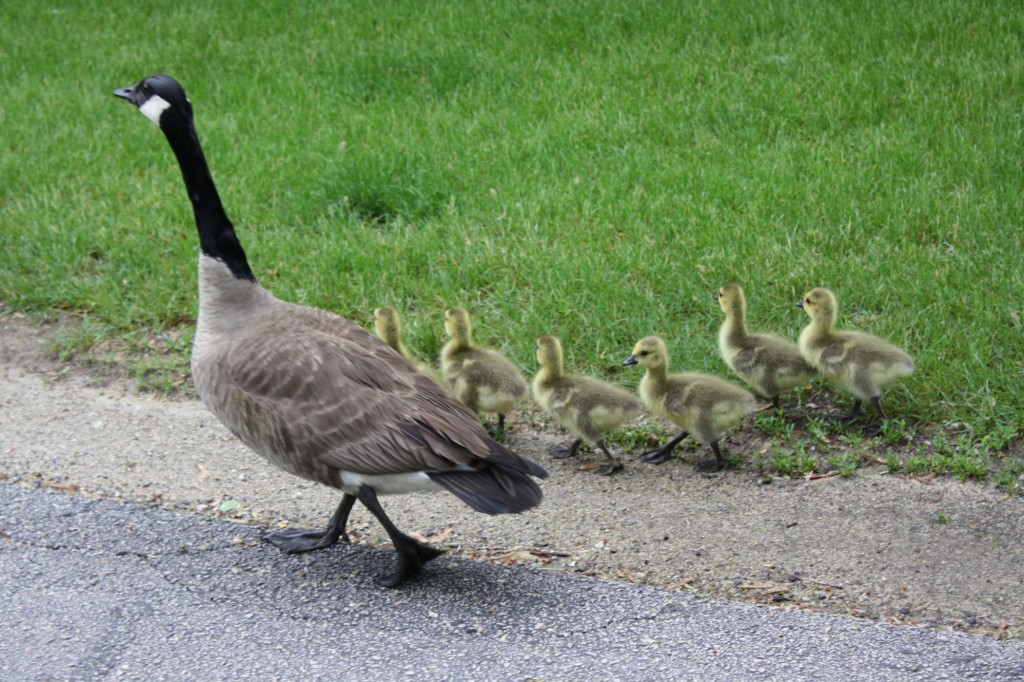 “They said this was the walking path.”

Nestled against the Rock River, the paved path is dotted with sculptures and park benches. The path includes entrances that meander around a lagoon with swan, through several gazebos with rose garden, and they bring you right up close to the new Nicholas Conservatory and Gardens. The grounds are mowed, litter free, and the path is well maintained. And this time of year, everything is green and blooming. 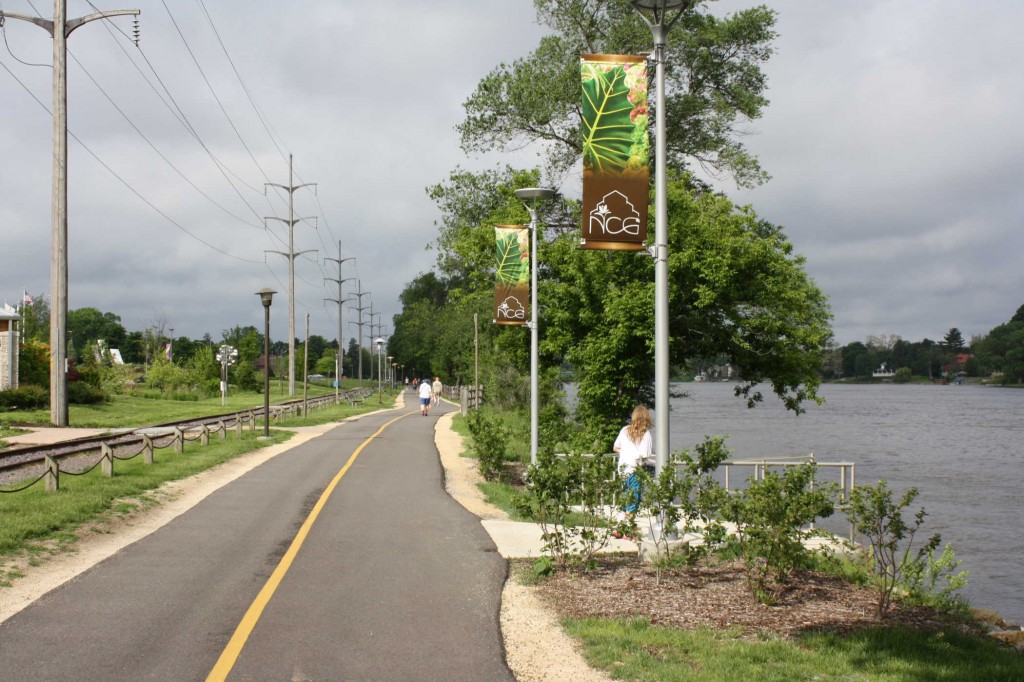 You never know who you’ll meet during your journey: parents getting their kids out of the house for a dose of vitamin D, every breed of leashed dog imaginable, geese exercising their goslings, and a fisherman or two. We watched this guy reel in a whopper, although since this particular fish came out of the Rock River, I probably would have put him back instead of frying him up. 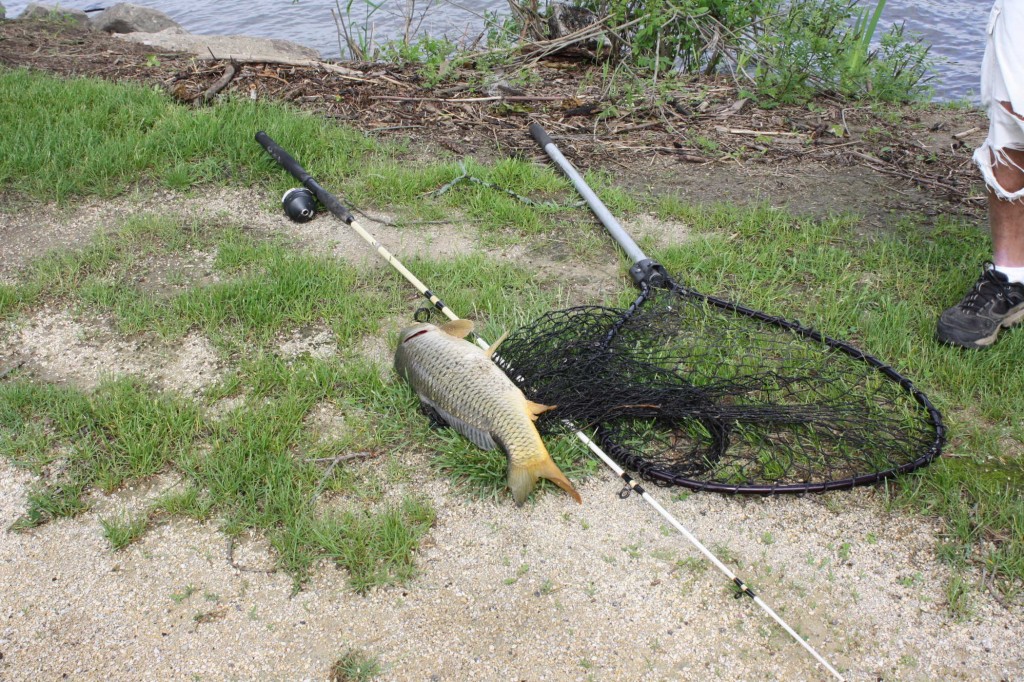 Big Fish, yes! Big Meal? Not out of this river.

The Sinnissippi Bike Path is easy to get to, you can see it from North Second/Rt 251 and finding a place to park is a breeze. Parking is available near the YMCA and there are parking lots off of North Second Street. There is no charge to enjoy this lovely spot. 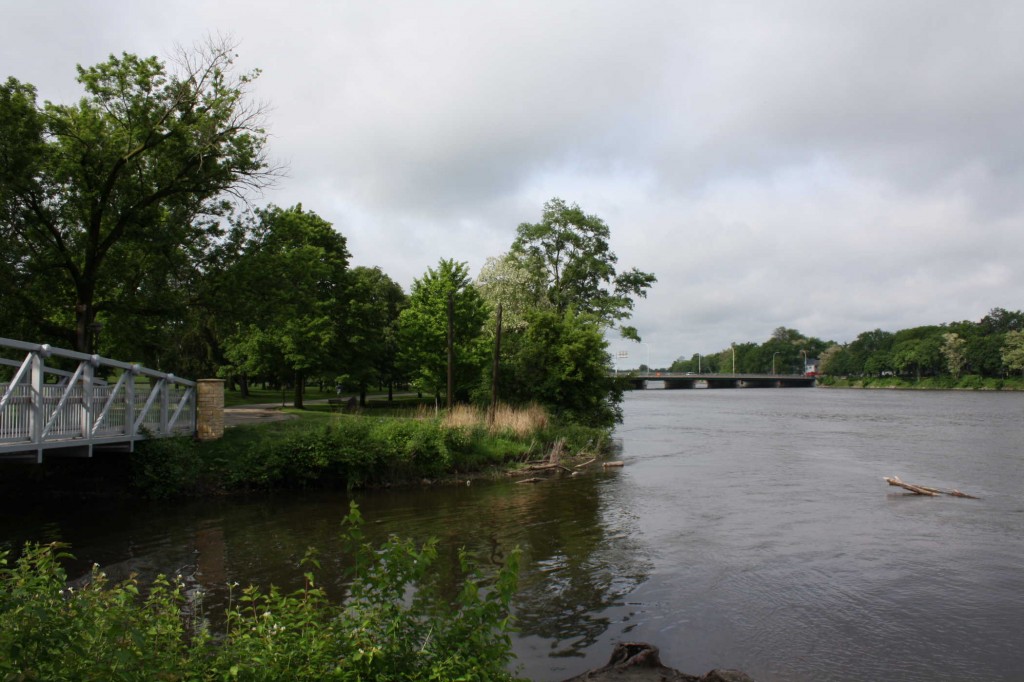 Who Knew Rockford Could Be So Pretty?