Is the Assassin Bug Real?

Some folks who have read the manuscript of my novel (my beta testers and writer’s group) have asked if the assassin bug described is real. The answer is yes… and no. The assassin bug, and its horrific digestion practice, is very real; however, its size in today’s world is a lot smaller than those in Secrets of Hopelight. Just imagine this ugly SOB (son of a bug) four feet long instead of his 1/2 inch self… 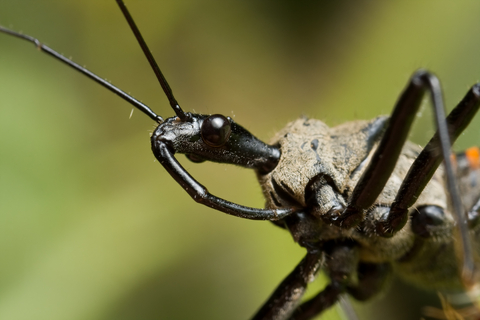